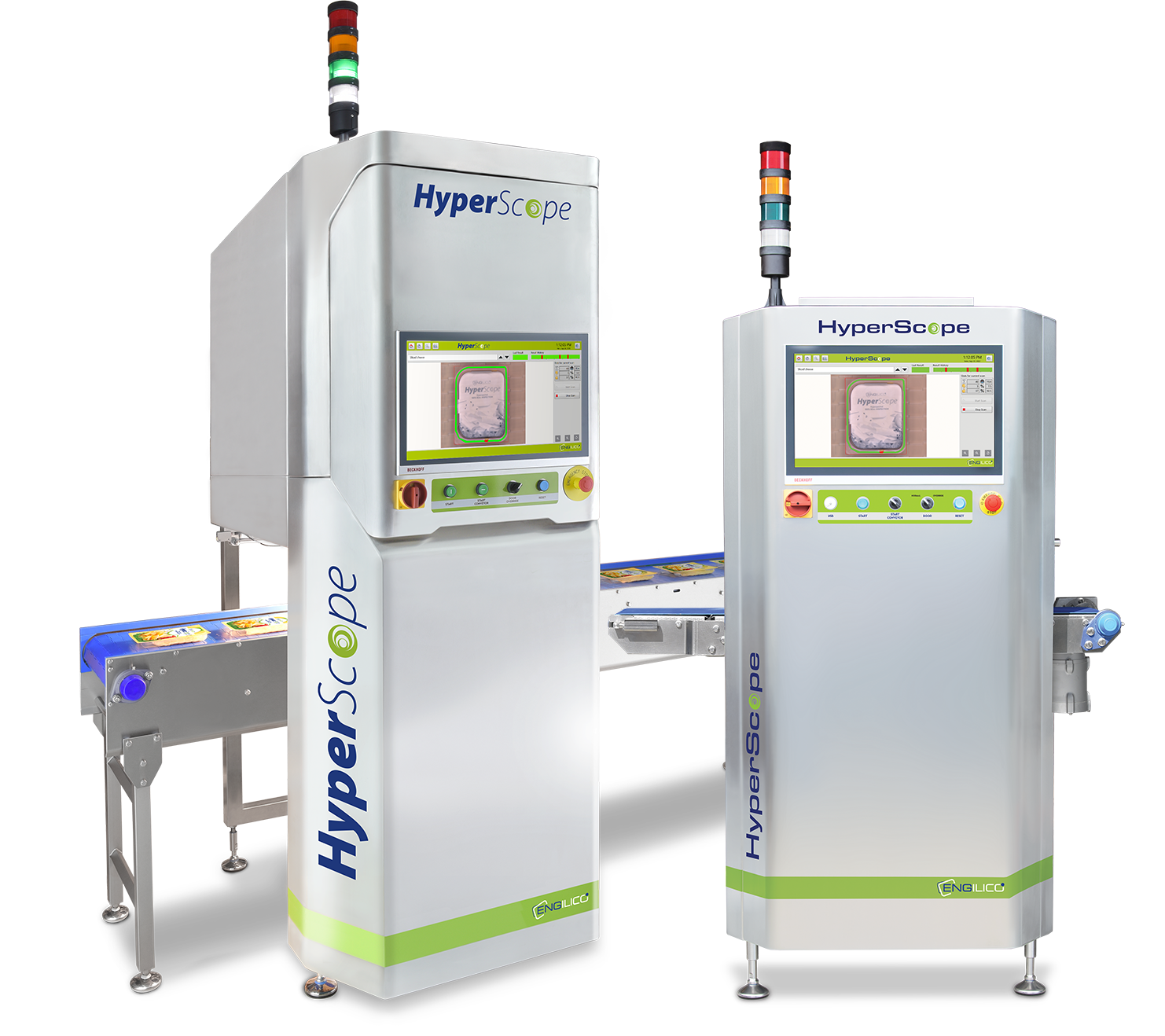 HyperScope™ is a new in-line, 100% seal inspection system using hyperspectral imaging that detects foreign materials or contamination in the sealing area of rigid packages, such as trays, pots and containers. The inspection system features GPU-accelerated artificial intelligence, which enables high-precision seal area detection in real-time, regardless of the package orientation, packaging material, layout or size. Another new improvement is the (optionally) integrated conveyor belt that can be completed with an integrated reject unit. Hyperspectral camera technology enables to identify substances with different compositions such as plastics, paper, organic product, fat, liquids with a much higher contrast than traditional vision-based camera systems. In addition, when printed film is used, hyperspectral is the only imaging technology that detects contamination through the plastic top film reliably.

HyperScope™ generates an image with a much higher contrast revealing more information than a standard vision camera. The camera can detect contamination through plastic foils – even when printed.

The HyperScope™ system consists of a hyperspectral camera, dedicated lighting and a controller unit with proprietary software.  The inspection system features GPU-accelerated artificial intelligence, which enables high-precision seal area detection in real-time, regardless of the package orientation, packaging material, layout or size. The system is installed over an existing or its own conveyor belt and inspects every individual package. Two system sizes are available to suit different sizes of conveyor belts.

Every individual package is inspected at 160 ppm and results are analyzed in real-time. Immediate feedback on the sealing quality is displayed on the controller touch screen. A reject signal is sent to an ejector to eliminate defective packages. 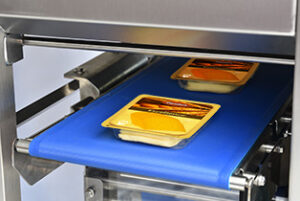 Seal contamination in food packages leads to leakage, growth of molds or bacteria and consequently reduced shelf-life, health risks and even expensive recalls. Automatic detection of contaminated seals that can lead to leaks is essential for both food safety and production automation. 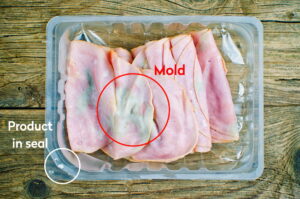 This example demonstrates seal inspection on trays with sliced cheese. Some of the packages have a contamination such as a small parts of cheese in the seal. Because the film is printed, the contamination is not visible to the human eye or to a vision camera.

This is an example where fat and meat are present in the seal. Due to the printed top film, both materials are not visible. With the higher contrast, hyperspectral imaging allows to detect and classify both substances.

Contamination detection in seals of trays, pots and other thermo-formed packages:

This website uses cookies to improve your experience while you navigate through the website. Out of these cookies, the cookies that are categorized as necessary are stored on your browser as they are essential for the working of basic functionalities of the website. We also use third-party cookies that help us analyze and understand how you use this website. These cookies will be stored in your browser only with your consent. You also have the option to opt-out of these cookies. But opting out of some of these cookies may have an effect on your browsing experience.
Necessary Always Enabled
Necessary cookies are absolutely essential for the website to function properly. This category only includes cookies that ensures basic functionalities and security features of the website. These cookies do not store any personal information.
Non-necessary
Any cookies that may not be particularly necessary for the website to function and is used specifically to collect user personal data via analytics, ads, other embedded contents are termed as non-necessary cookies. It is mandatory to procure user consent prior to running these cookies on your website.
SAVE & ACCEPT